Looking for the rays of light in this cloud-covered town

The How I Met Your Mother Finale Worked Harder Than the Final Season — April 3, 2014 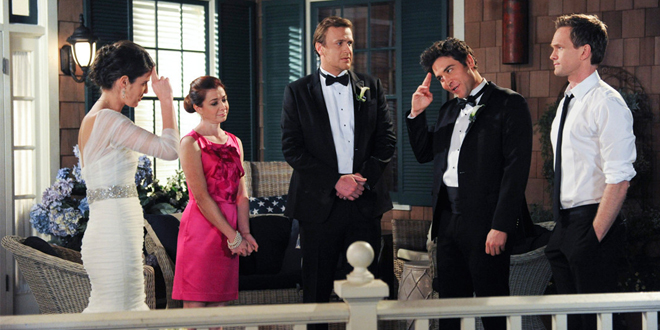 I finally managed to watch the finale of How I Met Your Mother. I liked it. But um, that comes with a few caveats.

** spoiler alert, only continue reading if you’ve watched the finale of HIMYM **

The fact that the mother was dead. I have to tell you that message boards have been suggesting that twist for years now, so it was no big surprise to me.

As I watched that last few episodes, with all the fast forwards in the timeline, I didn’t get the dates down that easily. We know that old Ted (who seemed to lose his Bob Saget voice) is talking to his kids in 2030. He meets the mother in May 2013 at Robin and Barney’s wedding. So, yeah, the criticism that has been flying around the Internet is true: he had about as much time living with the Mother as he had searching for her (read: the length of the series). But um, things like that happen in life. 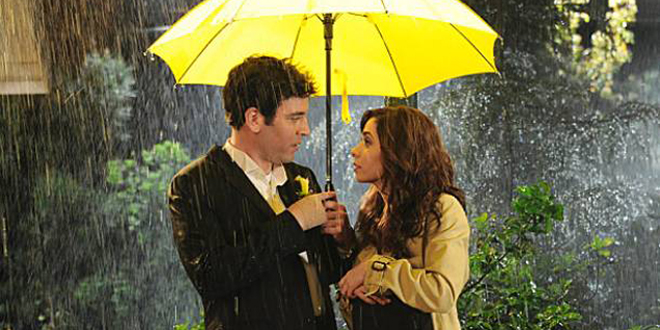 Anyone who has watched the entire series as much as I have always knew that Robin was not the mother, and yet, thematically, the series seemed off-balance by the amount of the story that was devoted to her. In that respect, it makes perfect sense that the reason for this is because the story Ted is telling his kids is in fact a lead up to explain how he wants to be with her.

People have many loves in life and I don’t think there is anything disrespectful to the Mother (aka Tracy McConnell) that after 25 years of friendship and a few on-again/off-again moments, Ted and Robin might be ready to be together. It does not mean that he loved the Mother any less. At this point in the future, both Ted and Robin have lead the satisfying lives they wanted, lived through the heartbreak of loss, and understand the things that are truly important in life.

As I’ve said in my previous post The Best Moments from How I Met Your Mother, Part 1, the series was about two seasons too long. The final season, as one entire wedding weekend, just did not work. It was forcefully drawn out and felt strained. I would have preferred the final season to take the focus that played out in the finale two episodes: the life Ted had with the Mother, remaining true to the show’s premise by waiting until the last moment to find out precisely how he met her.

The writers also did a huge disservice to the character of Barney. Easily the best actor of the group, NPH can pull of smarmy and still remain appealing. But um, we watched Barney evolve over the final three seasons into someone who valued relationships. A complete reversion after his divorce seems cheap. One could argue that it was an “over-correction” if you will: he is acting out his sadness for losing Robin, but if that’s the case, I wish the writers had shown us some of that emotion, because we all know that NPH could have played it, and it would have been legend − wait for it − ary.

Looking for timelines, as I am sure they a proliferating across the Web as I write this, I found this pretty nice summary, which lead me to this interesting post back from 2008: The Tracy Theory from How I Met Your Mother. Yeah, seriously dude, kudos!

Ultimately, had the final season spent less time on Barney and Robin’s wedding − with silly gags that seem ultimately, well, silly, in light of the drama revealed in the finale − and focused more on the evolution of the gang over the years after the wedding, perhaps the conclusion would not feel like such a slap in the face. The evidence was there over the seasons as well as in the final one. We just wish that the writers could have re-concepted the last season and given us fans a little more of the meat of the story and a little less of the additives, that would have allowed us all to digest the ending without requiring a single big gulp. 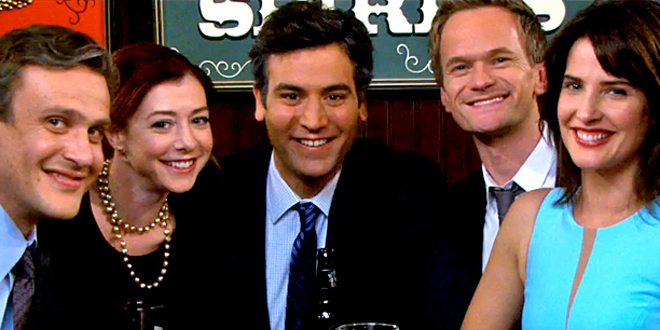 By the way, major props to the “kids” and the other crew who shot the last scene so many years ago and managed to keep it under wraps! All told, it’s been a major pleasure (salut to Major Pleasure)!